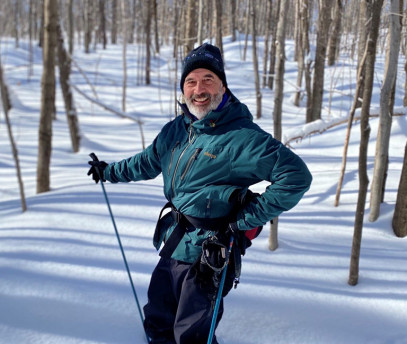 Richard, a physiotherapist who began practicing in 1988, moved to Rawdon in 1994. A fan of cross-country skiing, telemark skiing, mountain biking and judo, Richard role when it comes to the TDCR is a dual one: not only is he a director, but he was also the first landowner to allow the TDCR’s trails to cross his property (in other words, this grand adventure is in large part due to his generosity).